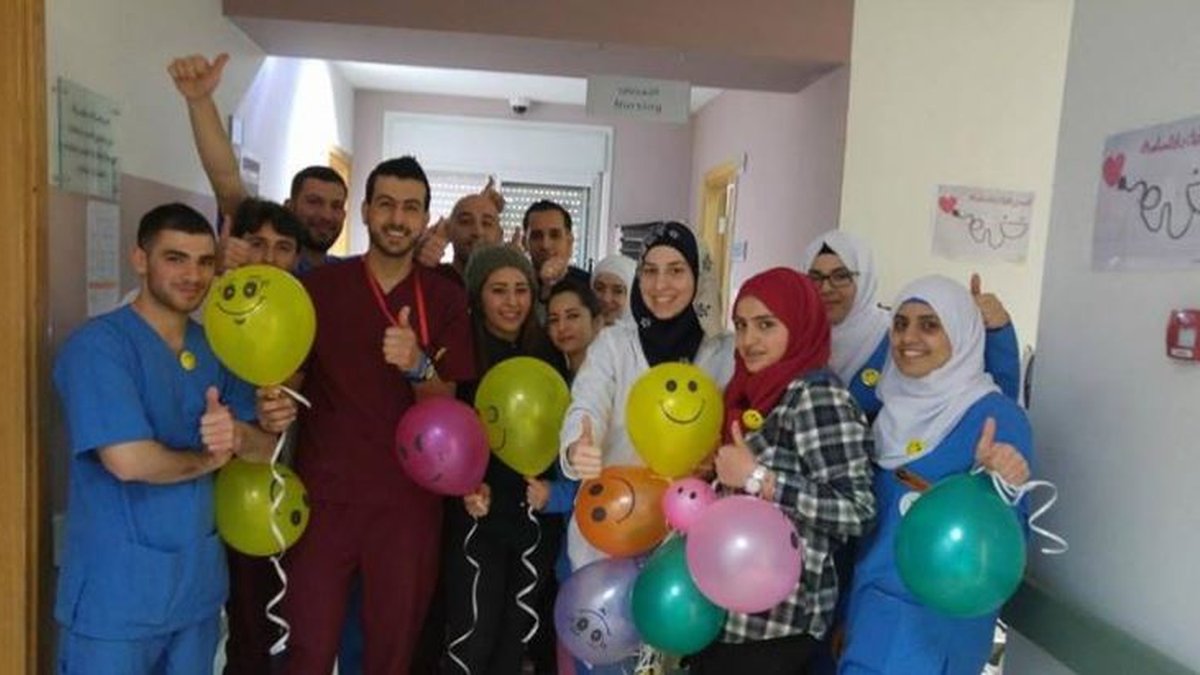 On Sunday, March 20th, 2016, a group of the Nursing and Midwifery students at An-Najah celebrated the international day of happiness at An-Najah National University Hospital.

The students as well as Dr. Aida Al-Qaisi, Head of the Nursing and Midwifery Department and Ms Aseel Al-Sayed gave some candy, balloons and smiling faces to the hospital patients to mitigate their suffering.